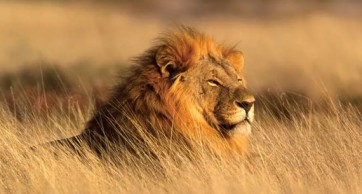 Hyderabad, Sep  (IANS) Eighteen out of 20 lions at the Nehru Zoological Park are healthy, said a top forest official on Monday.

The Nehru Zoological Park (NZP), one of the biggest zoos in the country, has 20 lions - 8 African and 12 Asiatic.

Principal Chief Conservator of Forest R. M. Dobiryal said that all lions are healthy, except two lions who are undergoing treatment.

According to the official, there are two veterinary doctors taking care of animals in the zoo. All arrangements are in place to take care of sick animals, he tweeted.

"We will have the Nehru Zoological Park Veterinarians examine the Lions," Rama Rao had tweeted.

The minister was reacting to a tweet by Aarihant Aaryan, founder and CEO of Business Score.

"I found the lions at Nehru park to be extremely sick - most of my friends who have been to the zoo shared same thoughts Though I don't have evidence to prove my views, a proper medical checkup for those animals would be Amazing, please help," wrote Aarihant tagging Rama Rao and Union Minister for Environment and Forest Bhupender Yadav.

The Nehru Zoological Park (NZP) called the statement misleadingA and strongly condemned it. It clarified that the lions in NZP are healthy except two which are under treatment. "Authorities taking care of animals through experienced zoo vets by regular vaccination & deworming as per schedule," reads a tweet from NZP handle. It also posted a video of lions.